With the rise of cloud systems and software as a service (SaaS), or platform as a service (PaaS), it became necessary to define a term for the operation of software on local servers and hence not in the cloud. For that, the term On-Premises was established. The same term is also widely used for licensing models.

On-Premises means that a system is operated on one's own territory, sphere or simply locally on one's own hardware or datacenter.

In addition to the simple and fast scaling of instances, users can fully decide and control what happens to their data. If users decide to operate their Cloudogu EcoSystem in a public cloud, this advantage is weakened. 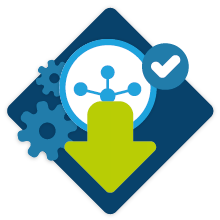