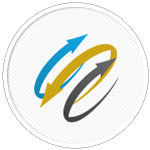 Table of Contents
+++This post was migrated from our former blog about SCM-Manager Universe. Therefore, the design is slightly different and some information might not be 100% applicable to Cloudogu EcoSystem. So don't be alarmed; enjoy reading.+++

Prototypes are a great way to get feedback on design ideas and the feasibility of technical solutions. RAD (Rapid Application Development) is a methodology that focuses on starting development ASAP instead of writing rigorous design specifications. In contrast to the advice from the first post on software prototyping, to never use a prototype in production, RAD does exactly that. That is why we want to take a closer look at it. If you first need a quick overview of software prototyping, take a look here.

The RAD methodology was developed as an alternative to the classic waterfall approach. In addition there is also a specific development method that is called RAD. So don’t get confused about the term RAD. In this post we will stick to the general methodology.

The idea of RAD is that software development is a knowledge intensive process. During the process of developing an application you’re gaining new knowledge that you can use to improve the product. In the waterfall model you don’t have the opportunity to use this newly gained knowledge, because all specifications were already described in detail before the development started. RAD on the other hand enables you to take advantage of gained knowledge, thus to improve your software products continuously, because it is an iterative process. 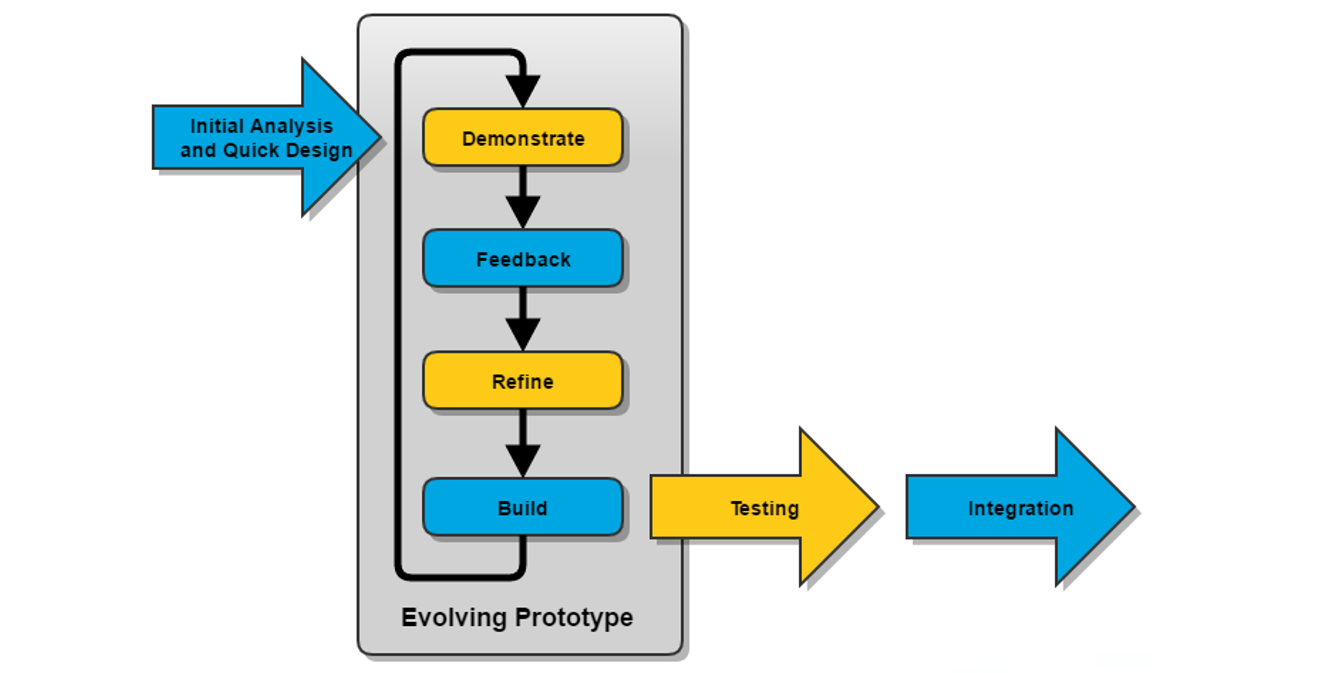 Using RAD you first develop prototypes instead of writing extensive design specifications. Then you demonstrate the prototype, gather feedback and adjust it again. This way the prototype evolves and at a certain point it becomes the product (or parts can be integrated into the product). This sounds a lot like Scrum, where you’re aiming on producing a running system by the end of each sprint. So each sprint is an evolutionary step of the prototype, but applying RAD doesn’t require the roles, artifacts and events of Scrum.

RAD is not for all projects

In our first post about prototyping we said that you should never use prototypes in production, because they they concentrate on their main purpose and neglect other topics (often topics like security, performance or sustainable architecture). If you follow RAD and develop a prototype into a final product you need to take these aspects into consideration at a certain point, depending on your priorities. In general, prototype based development is not suitable for all projects and it comes with several advantages and disadvantages.

If you have a small project that can be modularized and the customer/users are highly available it might be a good idea to start the project with the development of a prototype and to evolve it into the final product. This way you would get a lot of feedback that you can incorporate right away and you don’t have to the product besides the prototype. As with all iterative approaches there is always the risk of discovering a condition that would require a redesign of the product. In that case it’s a question of prioritization – is the requirement so important that we should realize the redesign. All that sounds a lot like an agile approach, doesn’t it?