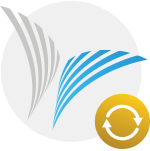 SCM-Manager 2 – the next news update

With Christmas right in front of our doorstep, we feel like it is time to provide another update about the development of SCM-Manager 2, because there have been many changes since the last post.

As we announced in the last post, by now we’ve implemented these user interfaces:

Additionally, we’ve implemented the user interfaces for the global configuration of the three repository types (Git, Subversion, Mercurial) and for password changes. With all this, we’ve finished a large part of SCM-Manager 2.

On top of that, we also worked on the underlying architecture of SCM-Manager 2. For example, we developed the prerequisites for an efficient plugin development, because we implemented hot reload of the java code and livereload of user interfaces. Once that was accomplished, we tried out the new features right away and developed a small plugin that makes the frontend a bit livelier – the Gravatar Plugin. Another backend feature we finished, is the centralized storage of all data related to repositories (LFS, configuration, repository data, metadata and plugin data) in the same, configurable location. That is s huge improvement compared to SCM-Manager 1.

As previously announced, we are developing the new “review plugin”. Once it is done, it will enable users to create pull requests, which will close a long existing gap of SCM-Manager 1. Even though this feature was often requested, it was not possible to implement it with the architecture of SCM-Manager 1. The plugin will have these views and features:

Furthermore, we are still working on the frontend, for example on the file history and the autocomplete function for user and group names.

By this time, we’ve reached a point where most of the features are already implemented, but some very helpful features are still missing. The next step will be to implement features like the configuration of default branches for repositories, displaying of error messages in the frontend or the repository health check. Another thing that we will work on over the next couple of weeks is the migration of already existing plugins to SCM-Manager 2.

So, stay tuned and see what else is coming.

Meanwhile we wish all of you a “Merry Christmas”.