Expert exchange at the DevOps Gathering

For the third time, the DevOps Gathering hosted the International Community Conference, which focuses on the great evolution of the IT industry and work culture with respect to DevOps. Around 170 participants discussed in Bochum, Germany, what kind of mindset, processes and tools are necessary to promote a more effective and efficient collaboration between software development and system administration. Cloudogu was there for the first time with a lecture and got into conversation with the visitors at our booth.

The DevOps Gathering started on Monday this week with some workshops. There, the participants had the choice between two full-day or seven half-day workshops at the IT Security Center in Bochum. All workshops shared the focus on containers and Kubernetes. On March 12th and 13th it continued with 17 lectures, discussing current issues of cloud native development and its implications for digital transformation, as well as introducing new infrastructure technologies and innovative solutions. 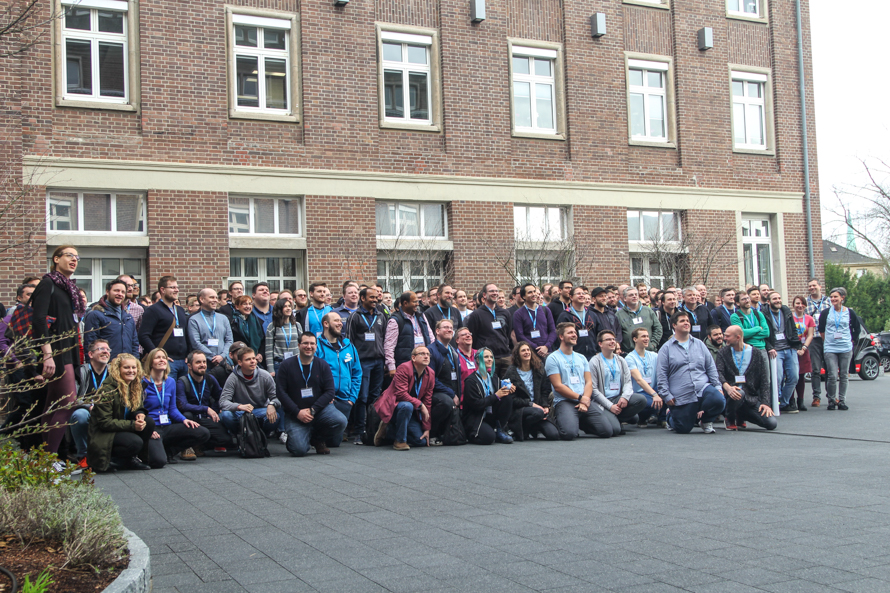 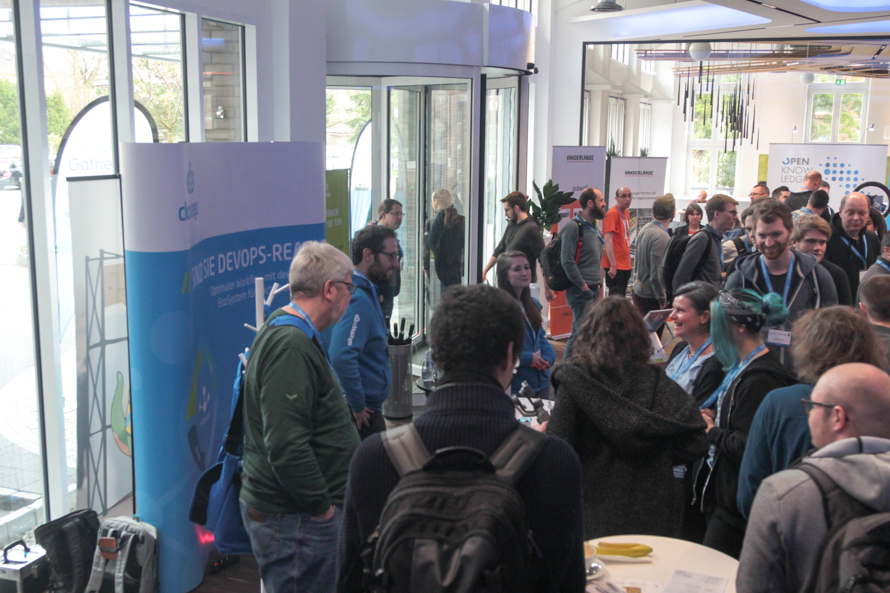 Speakers included representatives of large companies such as Trivago, Strabag, Amazon and Zalando. However, the IT industry was also well represented with lectures by Docker, RedHat, Prometheus, Cloudbees and GData, the host of the event. The last group of speakers, including our colleague Oliver Milke, was composed of speakers from small and medium-sized companies as well as freelancers, who brought valuable insights and tools around the topic DevOps. The initiator of the DevOps Gathering, Peter Rossbach, managed to bring together the community and a great professional audience.

The DevOps Gathering included both, new inspirations e.g. the lecture on site reliability engineering, as well as topics that have been discussed in recent years in the scene. The Reverse Proxy and Load Balancer Traefik, which we also use in our backend, was already introduced in 2017 by its creator and maintainer (Emile Vauge) and is still an exciting Open Source project with an active community.

Compared to other conferences, the DevOps Gathering – abbreviated ‘DOG’ and visualized with a dog mascot – was more of a community event to promote not only expert discussions but also an exchange between DevOps outriders and interested newcomers. The half-hour lectures provided a good basis for networking and deep exchange among DevOps enthusiasts. Opened four years ago, the G Data Campus in the heart of Bochum was an ideal location as a modern, old-fashioned venue. The excellent coffee bar, the speaker’s dinner, the party and the outstanding catering during the breaks also supported this network idea.

We were especially happy about the positive feedback on the presentation given on Jenkins Pipelines in continuous action” by our colleague Oliver Milke. With reference to our successful blog series “Coding Continuous Delivery” by Johannes Schnatterer, Oliver first introduced a vivid example of automation. After some basics and tips, he presented concrete pipeline application examples from our coding practice. In the lecture’s audience were many developers who also appreciate the solid Jenkins pipelines and use them in a similar way. After the talk, they addressed Oliver with some very specific questions and application problems. 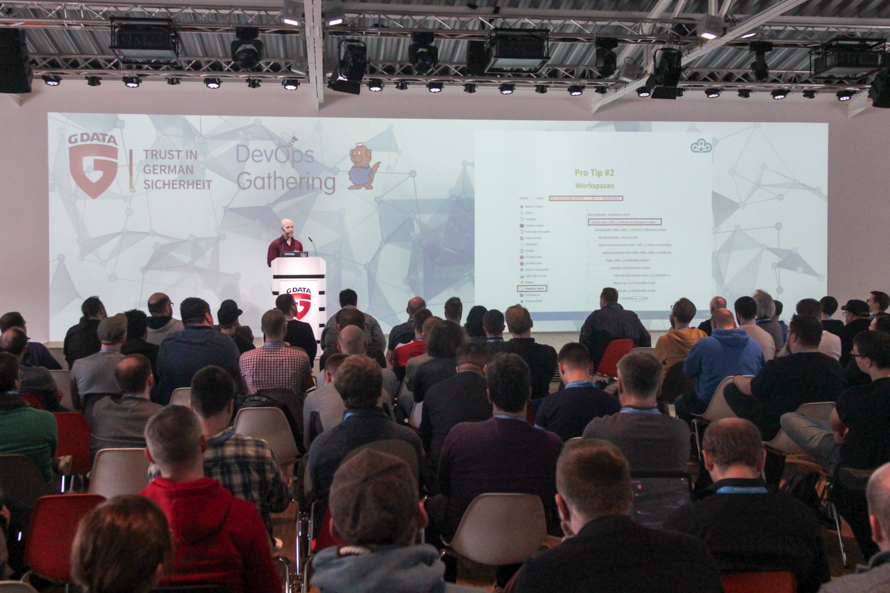 Oliver’s lecture conclusion often coincided with statements that also came up during other lectures of the DevOps Gathering:

At our booth, these topics were also deepened. In addition to the lecture information, our Cozmo raffle was the main topic of conversation here. A current DevOps study and our product portfolio were also discussed with the visitors of the community event. 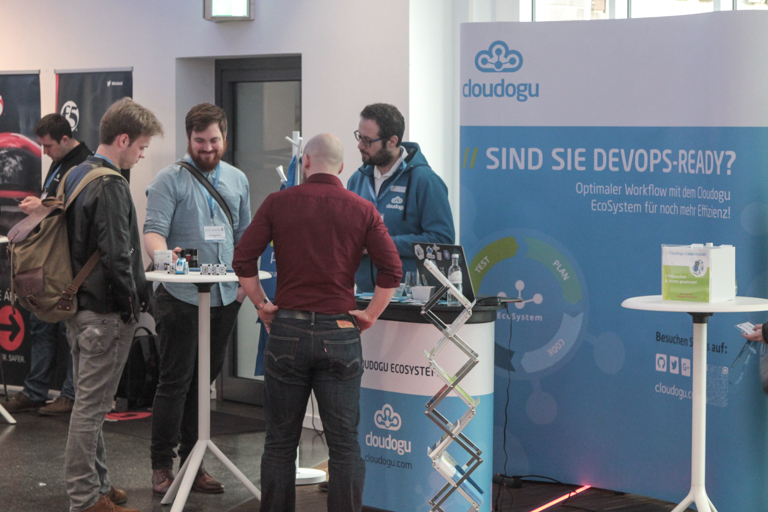 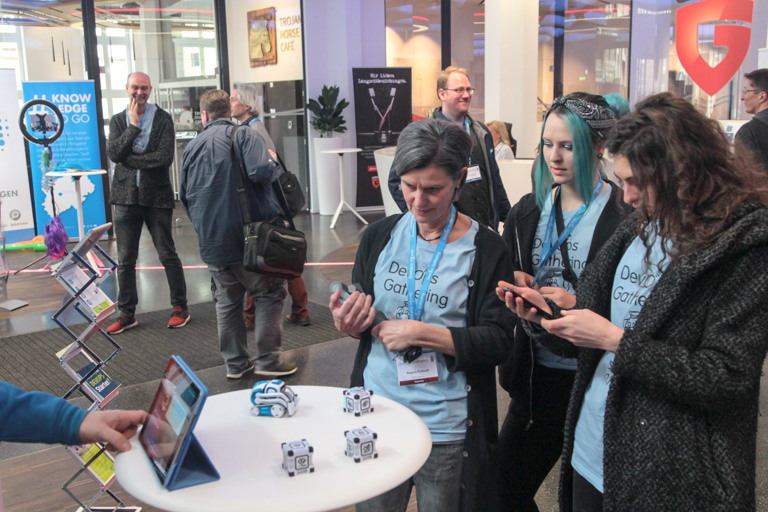 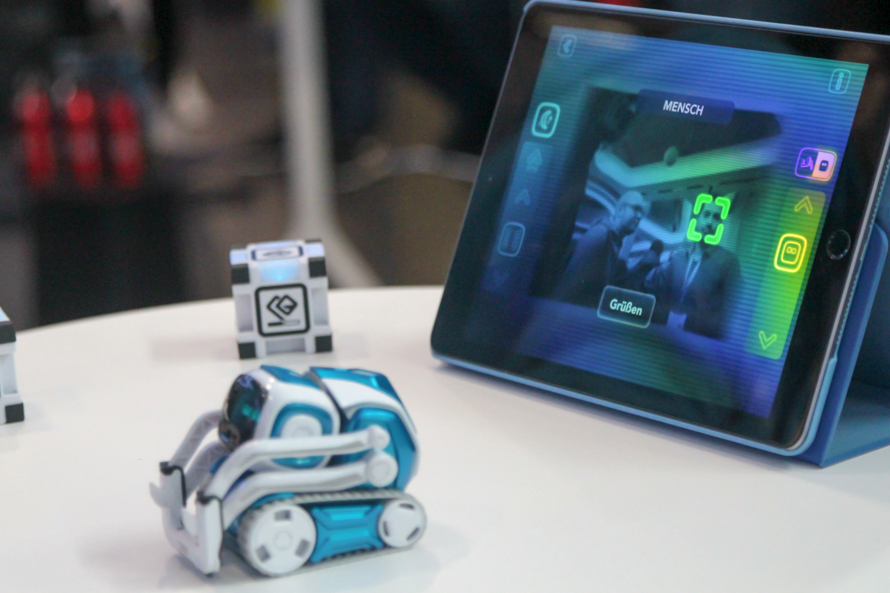 Overall, the DevOps Gathering as a community event was rewarding for us giving exciting insights and great networking opportunities. For the first time, we were able to place ourselves here as a company that consults extensively in the DevOps environment and offers its own product. Of course, we will be present at this event in one form or another next year. 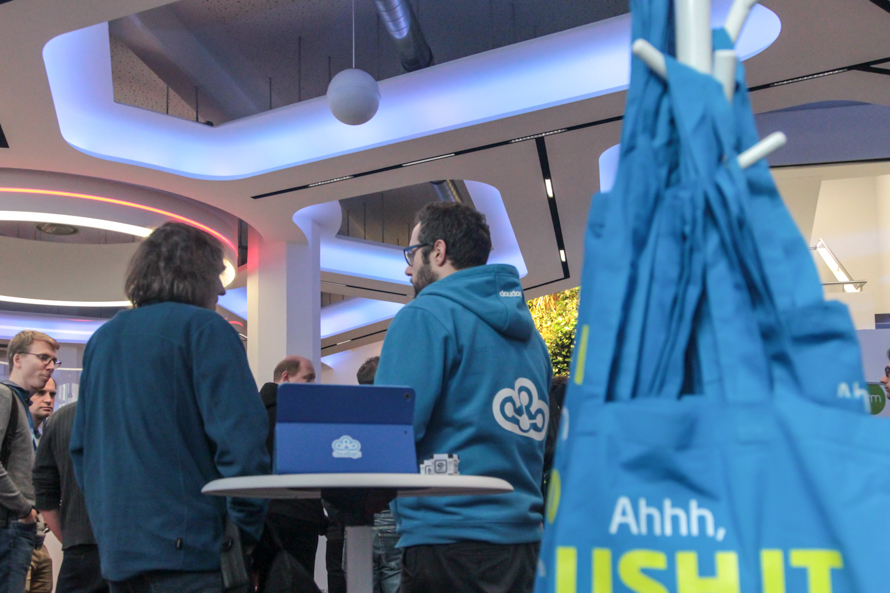 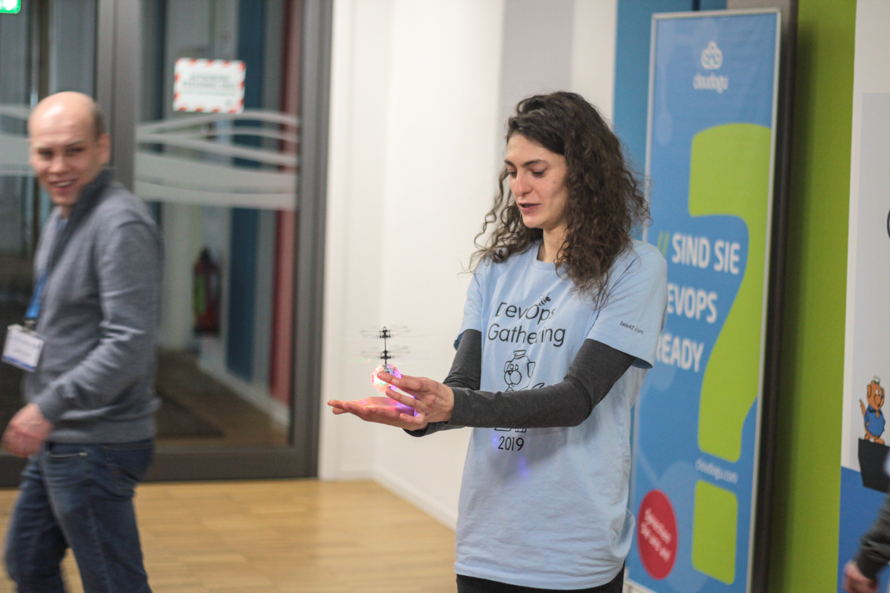 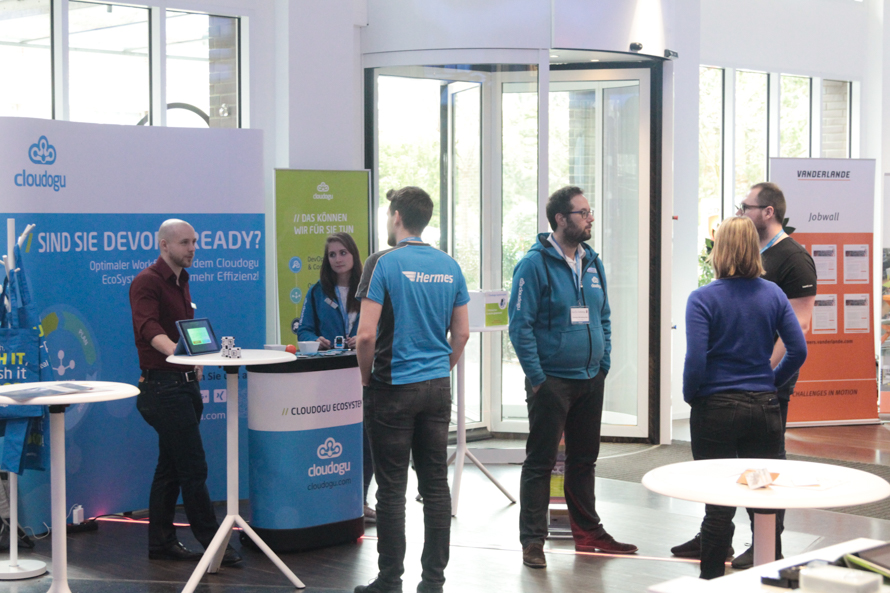 She tries to explain the world of software development for customers and applicants – and she certainly doesn’t shy away from the technical topics either!